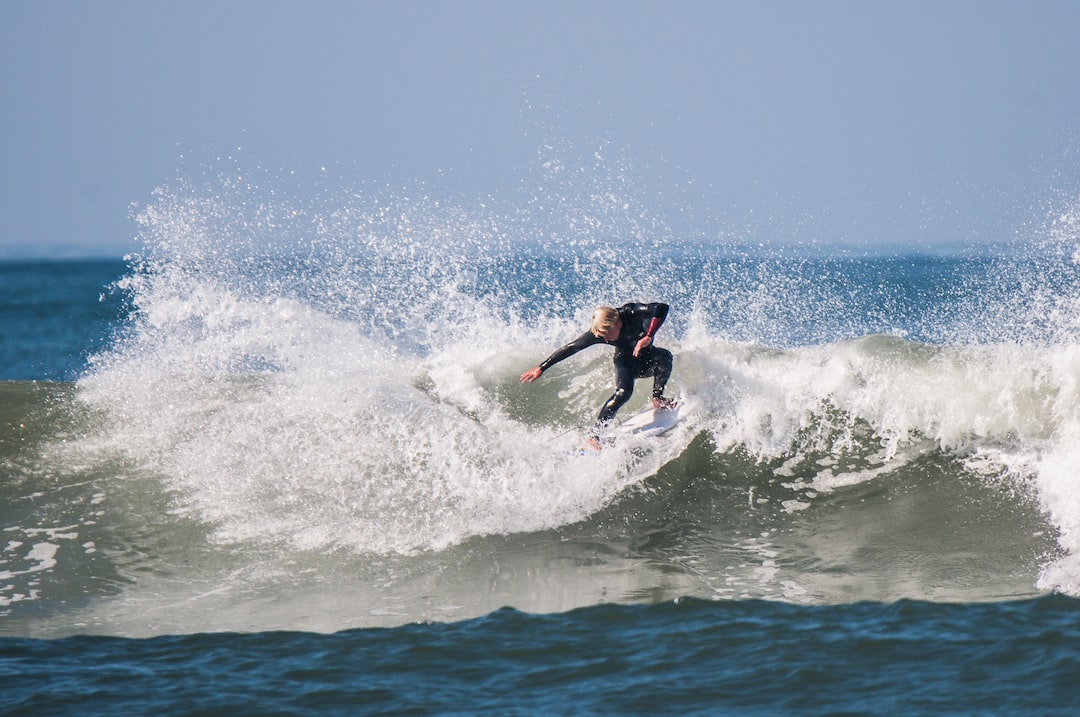 Welcome to the REAL Outer Banks Windswept dunes and sea-grass — not palm trees and endless marsh — are the signature geographical element of the Outer Banks.

By now most of you have probably seen, or at least heard of, the Netflix series “Outer Banks.” If you haven’t, you ought to get out from under the sand dune you’ve been calling home and give it a watch. I know what you’re thinking and I know what people are saying: the show has nothing to do with the real Outer Banks and you should boycott the show on principle; but if so, you are missing out on some really good TV.

No, it was not filmed on the Outer Banks — and I will get to that in a minute — but it’s a load of fun to watch anyway. I mean, what’s not to like about seeing a bunch of hot kids running around searching for lost treasure and creating mayhem in a beautiful setting? It makes you want to buy a beat-up skiff and race through the marsh and set fire to old buildings. It makes you nostalgic for a misspent youth you never had. It makes you want to go to the gym and work on your abs.

The Outer Banks is so named because these islands jut so much farther out into the ocean than their neighboring barrier islands to the north and south. Being bound on two sides by large bodies of water, the OBX lights up with dramatic cloudscapes on a regular basis.

You’ve got to grant the show a few things: the cinematography is stunning; the acting is (for the most part) strong; and the kids get to do things you’ve only dreamt of doing, like steal money from drug dealers, steal guns, steal boats, steal scuba gear, break into storage facilities and, well, steal more stuff.

Okay, so the premise is a bit Scooby-Doo — straight down to the beat-up van in which the meddling kids race around their island, sniffing out clues — and the teen romance stuff is a little canned. And why exactly isn’t JJ in jail? If you’re over 18, you might roll your eyes at a lot of the high-school drama. Just take a breather, accept the fact that you’re not the target audience, and allow your inner child to fall for the dreamboat love story.

But let’s get to the big bone of contention that locals and die-hard OBX-lovers have with the show: not only was it not filmed on the Outer Banks — it was filmed in South Carolina — but the world it depicts is so unlike the real Outer Banks that it really should have been called something else. Like “Low Country Murder Mystery” or “Hot Teens Hunt for Treasure in Charleston.”

First, there’s all that vegetation. Palm trees and lush semi-tropical maritime forest. Stuff that has a real hard time growing on the windswept sandbars of Kitty Hawk, Nags Head, and Rodanthe. And that marsh. I mean, we have plenty of marsh here on the OBX, but not endless hundreds of square miles of it, like the show depicts. And where are the dunes? The sea oats? The ocean-front rental-machines? I’ll grant poetic license for the substitution of Charleston’s Morris Island Light for the land-based lighthouses on the Outer Banks, and, sure we’ve got restaurants like The Wreck, and plenty of fancy fishing boats. We’ve even got a country club. But we’re much more connected to the ocean here. And the water is bluer. And the skies are more dramatic. The world created in “Outer Banks” is a beautiful fantasy, but it doesn’t really represent what is beautiful and fantastical about the actual Outer Banks.

The biggest disservice the show does to its namesake, however, is its depiction of the culture. “Outer Banks” paints a typical rich-versus-poor world, where the poor kids, called “pogues,” are cool and sexy and feral; and the rich kids, called “kooks,” are snobby and mean, and, well, kind of douchey. Anybody who has lived on the Outer Banks for any length of time knows that that kind of classism just doesn’t exist here. Dishwashers and construction workers share the water — and the watering holes — with lawyers and accountants, and status is measured not by the size of your house but by the size of spray you can throw or the size of fish you spear. Around here, “kooks” is a pejorative term for people who don’t surf very well, and “Pogues” is the name of an Irish punk band from the '80s that you still occasionally hear on the local radio station.

The show’s co-creators, Josh and Jonas Pate, are Wilmington boys, which explains a lot. They envisioned the show taking place in the Wilmington/Wrightsville Beach area, and originally meant to film it there. And that, I suppose, is where the trouble started.

Nobody would call any of these folks “kooks.”  Or “pogues” for that matter. If anything, just call them “the crew.”

See, there’s always been a bit of contention as to whether or not the barrier islands south of Cape Lookout are part of the Outer Banks. Can we not consider the entire coast of North Carolina to be the “Outer Banks?” It’s a troubling question. Those of us on the northern side of this divide tend to jealously guard our stature as Outer Bankers, and give little thought to our southern neighbors. But the term “Outer Banks” has developed such a mythical glow over the last 20 or 30 years that the folks down in Morehead, Atlantic Beach and Wilmington want in.

Should we let them into the club? Because if we do, then it’s not too much of a stretch from southern NC to coastal South Carolina. The further south you go along the coast, the less bare and wind-battered things look, and the more southern-low-country they get. It’s easy enough to draw the line at Ocracoke, since that’s where the road ends, and from there, it’s a two-hour ferryboat ride to the southern beaches. What’s more, the southern half of the NC shoreline already has a name — The Crystal Coast — which would have been a perfectly good title for the show, no?

The ocean is the great equalizer on the Outer Banks. Rich or poor, all are welcome to venture out and experience the gift of these shores. Around here it’s not the size of your house or wallet that impresses people, but the way you handle yourself in the water.

Maybe we should blame the North Carolina General Assembly for all this, because the reason the production crew didn’t shoot the series in NC as originally planned was because of the infamous House Bill 2 of 2016, commonly known as the “bathroom bill,” which has lost the state all sorts of revenue, from sporting events to music festivals, and quite a bit of TV production, which before the bathroom bill, was a substantial part of the economy. Remember “Dawson’s Creek”? A decade ago, Wilmington was the Hollywood of the East, and to this day a fair number of production companies and industry professionals are located there. In fact, many of these Wilmington folk were exported to Charleston to help with the filming of the show. But ever since the hoopla began surrounding House Bill 2 four years ago, the TV industry has stood in solidarity with the LGBTQ community, and has taken its millions elsewhere. North Carolina has become stata non grata for the entertainment biz, and “Outer Banks” is just one of the many opportunities we’ve missed out on because we made such a big deal out of which bathroom stalls trannies can use.

So, should we be thankful for the attention the Pate brothers have drawn to the Outer Banks, or should we be resentful at being misrepresented? And more important, who’s going to get the tourism dollars generated by the show’s runaway success? Are the kids going to be begging Mom and Dad to take them to Nag’s Head, or are they going to do their research and find out that that old abandoned church is really in Charleston?

I suppose that my main misgiving is not that the Pate brothers misappropriated the mystique of the “OBX” and used it to their advantage: I’m sure they knew they would piss off a lot of Outer Bankers and were ready to take a bit of fire for it. And to be honest, I’m quite impressed with the fictional coastal world they created visually. I’m just sorry that the actual Outer Banks — the Outer Banks of Avalon Pier and Hatteras Light, of Jockey’s Ridge and S-turns, the rough and rugged world of blown sand and big northeast swells — the Outer Banks that is home to its own unique community of artists, tradespeople, rebels, and water-rats — still hasn’t gotten its day in the sun cinematically. Unless you count “Nights in Rodanthe,” the last — and to my knowledge the first — major motion picture filmed on the Outer Banks. Even “Peanut Butter Falcon” was filmed in Georgia. I’m not clamoring for TV crews to come and take over the OBX, but as someone who has devoted a considerable amount of time and effort to portraying all that is honest and beautiful about the Outer Banks and its culture, I’d like to see a movie or TV show that actually “gets it.”

That’s a show I would watch over and over.

-Photos courtesy of Chris Bickford ~ He is the author of "Legends of the Sandbar: a Life of Surf on the Outer Banks" and the upcoming book "Scenes from a Venetian Carnival."

"Legends of the Sandbar" is available at www.LegendsoftheSandbar.com/shop.