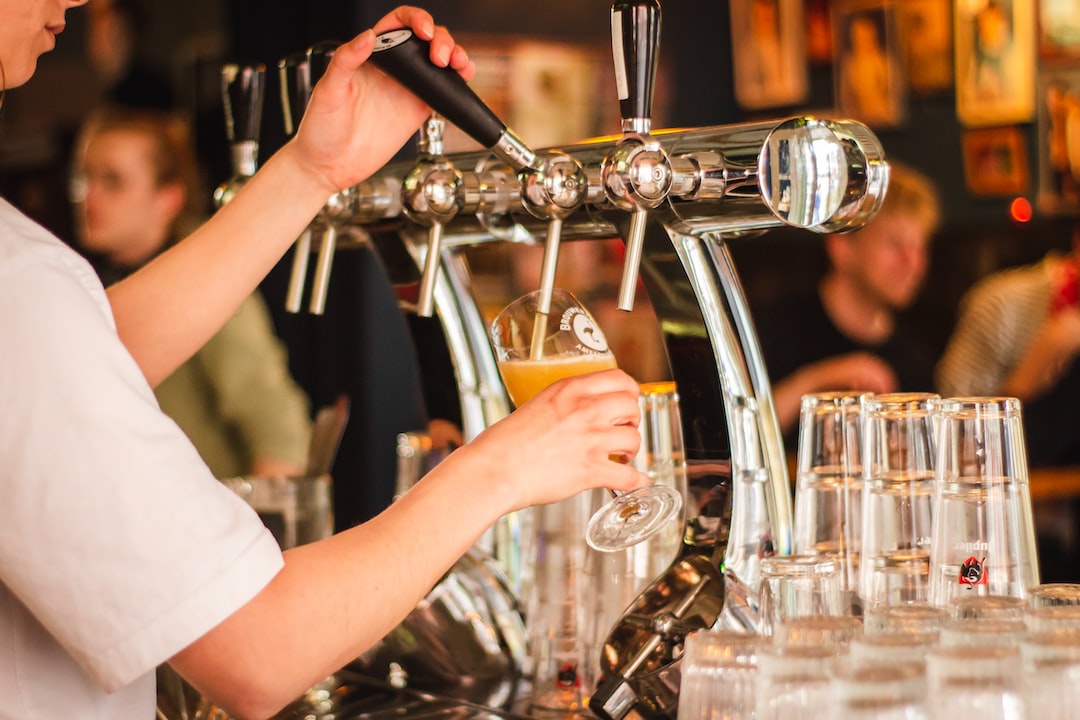 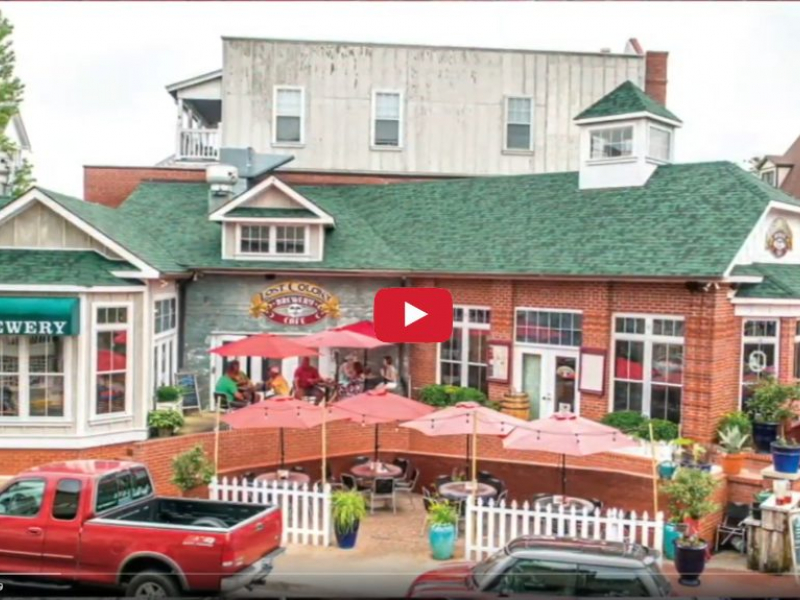 This week the OBX Buzz paid a visit to the Lost Colony Brewery & Café in the historic downtown Manteo waterfront district. Owner Paul Charron filled us in on what’s been going on at the brewery since March during the hard lock down and the Phase 2 reopening.

During the Phase 1 shutdown Lost Colony Brewery added residential delivery to their restaurant routes. Charron described the public response as ‘great’ and their new brewing facility in Stumpy Point was able to supply enough beer to keep thirsty fans of their British-style brews happy during self-isolation. Now that Phase 2 allows limited dining inside and on the spacious outdoor patio area home deliveries are no more—although Charron doesn’t rule out reinstating the service in the future when things slow down after the summer season ends.

Even though things were quiet on the restaurant side during the lockdown, Charron and his crew weren’t sitting on their hands. As a British-style brewer Charron noted there aren’t many new styles the brewery can introduce and remain true to the traditional British pub styles offered for centuries in Merry Old England. You won’t find hopped up IPA’s, fruit infused beers and most importantly, White Claw knock-offs at Lost Colony Brewing.

But imbibers can look forward to a new offering that debuted the day we visited—a British style wheat beer. It lacks the clove and banana flavors many American microbreweries produce and instead offers a ‘nice, crisp wheat beer flavor’ Charron said.

We asked Charron what his favorite selection was and he offered up the Buxton Brown Ale, ’the beer that started the whole brewery…a perfect British brown ale!” The number one seller among patrons is the Kitty Hawk Blonde Ale which we sampled, along with the Hatteras Red during and after the interview. (I recommend both).

Last year Lost Colony opened a brewing facility in the remote Dare mainland community of Stumpy Point, a small fishing village. The little village’s water supply is from a reverse-osmosis plant which Charron says produces exceptionally pure water. Their brewing facility, which was formerly onsite at the restaurant grew from 110 square feet to over 10,000 square feet. They can brew 1200 gallons at a time—enough to fill kegs and cans to supply retail outlets and restaurants up and down the beach.

Watch the video to learn more about the restaurant and brewery, the beers the produce, footage from the new brewery and where to buy Lost Colony’s fine products—although we would be remiss if we didn’t recommend visiting them in Manteo for lunch or dinner and a chance to sample flights or entire pints while enjoying the shops and scenery in this historic waterfront district. 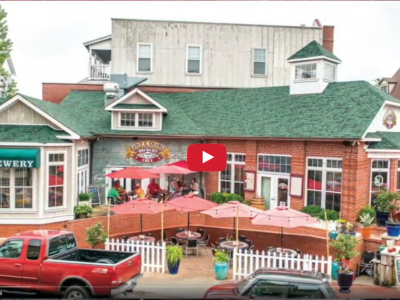 Russ Lay "Buzz Master" A Virginia native and former co-owner of OBX Voice, Russ also is a licensed mortgage broker and teaches political science and international studies a College of The Albemarle. He and his wife, Rose live in Nags Head with two cats.
Entertainment Fun Things to Do Reviews Travel