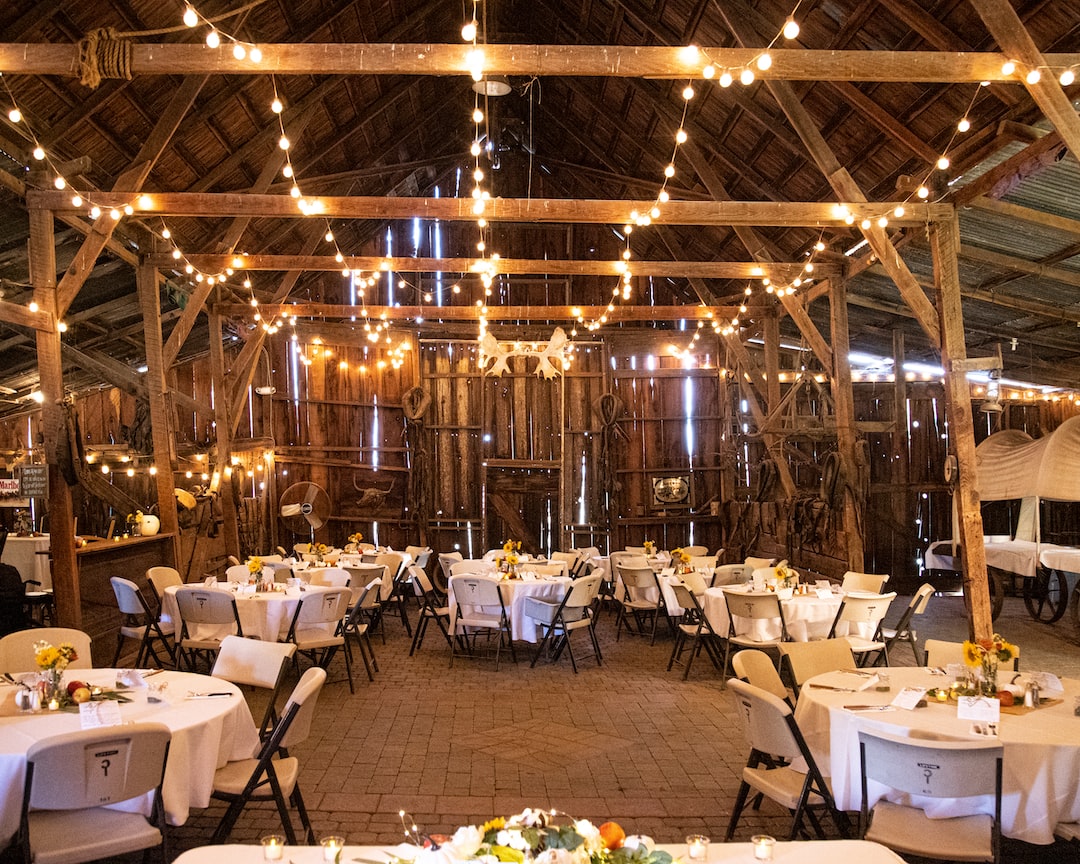 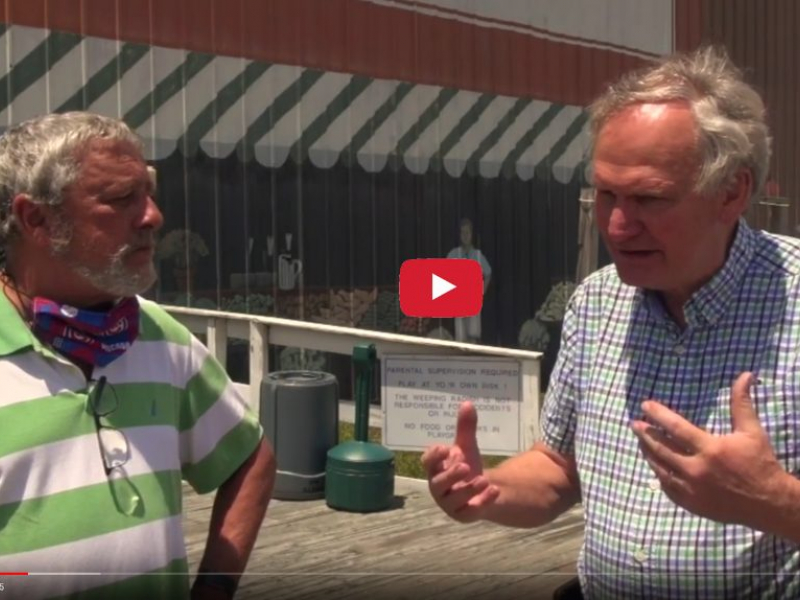 The COVID crisis revealed how vulnerable our food supply chain has become to disruption. The Weeping Radish, an Outer Banks restaurant located in Currituck County, has long been at the forefront of the Farm to Fork movement as a healthier and locally beneficial alternative to industrial processed foods.

Uli Bennewitz has always been ahead of the curve. Long before the microbrewery craze took the nation and the world by storm in the 2000’s, Bennewitz opened the first such operation in North Carolina in the unlikeliest of places—Manteo, NC. Since 1986 the Weeping Radish has been producing beer and serving up German sausages to the delight of locals and visitors along these OBX beaches.

In 2005 Bennewitz saw the need for growth and opened a new brewery and farming operation in Jarvisburg, just north of the Wright Memorial Bridge on the Currituck County mainland.

The move also allowed Bennewitz to add a butchery operation to the beer production—selling locally-sourced pork products to Outer Banks restaurants and consumers. Inside the Currituck based restaurant a charcuterie displays pork and increasingly, beef and even smoked turkey to patrons.

The COVID-19 crisis has brought to light the vulnerability of our food supply chain in this country as the virus caused delays and shutdowns across the industry—from farms that sold primarily to large processing plants to the plants themselves and the transportation chain that supplied products to equally affected local retail stores and OBX restaurants.

When asked how COVID has highlighted the advantages of locally sourced food, Bennewitz notes there are two components to The Weeping Radish’s operations—the restaurant and the retail side.

The restaurant has just re-opened. “We’re starting back up for lunch from 11 a.m. until 5 p.m. Thursday through Sunday. We’ll then add in Wednesday’s in the next phase and finally add dinners on the weekend as a final phase,” Bennewitz told us.

The staff has been trained in all state required COVID-19 protocols and the abundance of outdoor space will allow for up to 30 outside tables for customers who feel safer in that environment.

When Bennewitz opened he mentioned that many asked him why he had outdoor seating instead of more parking in front of the facility. Now he’s smiling as outdoor seating has become an important option for diners during the COVID crisis.

But the place where COVID has really put the spotlight on the Weeping Radish’s butchery and retail sales.

Since the Jarvisburg, NC based restaurant was closed at the height of the state lockdowns the main focus turned to the retail operation.

Bennewitz stepped up promotion of the Weeping Radish’s availability of locally sourced meats on social media. For orders of $75 or more residents of Currituck and Dare counties can enjoy residential delivery.

“Beer is going flat out,” Bennewitz noted. And the response to the meat sales “has been wonderful” he states.

“Finally, suddenly people realize there is something to this issue of supply chain. Our (food) supply chain is 2,000 miles long currently and if you put perishables into a 2,000 mile food chain you have to pump them full of preservatives to survive the distribution system. That’s why, since 2000, we have talked about using the local food system. The goal is to cut the food chain down to 200 miles and therefore the perishables don’t require any chemicals, preservatives or additives to the food,” he relates.

Bennewitz sees a double benefit here as consumers are supporting local farmers and eating healthier foods when they chose this Outer Banks shopping venue. He stresses that our consumption of over processed food is a major issue in our health care debate given the potential for a range of ill effects attributed to the chemicals and additives in much of what we eat.

In the recent past the ‘Farm to Fork’ movement has been more of a niche market, but as consumers searched for sources of meats and vegetables as grocery store chains experienced shortages, even consumers living and vacationing on the Outer Banks are also now being introduced to the health benefits of locally sourced meats as well as the economic benefits that accrue to local and regional farmers.

In the video, Bennewitz explains where the Weeping Radish sources their meats, which are primarily pork at the present time, as well as what he’s working on in the future relative to adding more beef selections to the retail menu at this OBX business.

The brewery side is also changing. This Currituck brewery follows the Brewers Guild guidelines for COVID-19 compliance which are more stringent than the state’s food service protocols.

And the Weeping Radish is moving towards fully sourcing the beer’s primary ingredients from the farm. On an adjacent parcel to the south, barley is growing that will be harvested in about a month. The next step will be deciding on the malting process and by fall Bennewitz hopes to have a home-grown Weeping Radish beer from start to finish.

For more information watch our video interview or visit the Weeping Radish website at www.weepingradish.com. You can order ahead for sit-down or curbside restaurant pickup as well as ordering meats and beer for pickup or deliver with a $75 minimum order. 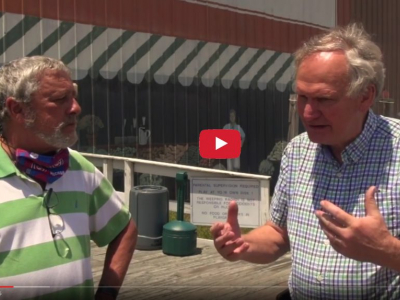 Russ Lay "Buzz Master" A Virginia native and former co-owner of OBX Voice, Russ also is a licensed mortgage broker and teaches political science and international studies a College of The Albemarle. He and his wife, Rose live in Nags Head with two cats.
Fun Things to Do OBX News Entertainment Reviews Travel