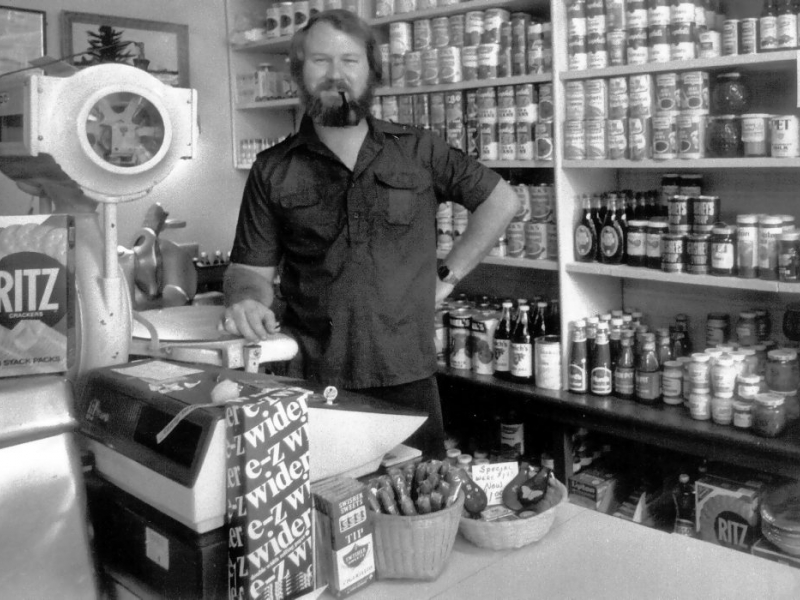 Pigman’s BBQ. Bill Shaver. Piggy Lou. Bo Derek? Yes, all four of these well-known figured became associated with one of the Outer Bank’s most memorable advertising campaigns that helped elevate Pigman’s BBQ to the iconic status it maintains today among the vast constellation of OBX dining establishments.

While the Outer Banks is a southern resort its culinary emphasis has always revolved around the oceans and the sound. Seafood is what defines our cuisine and while native Outer Bankers readily consumed southern staples such as pork BBQ, fried chicken, grits and collards, visitors came here expecting seafood and that’s where most restaurants focused their menu items.

When Bill Shaver launched Pigman’s in 1985, a restaurant serving up land-based southern fare was an outlier floating in that ocean of restaurants serving up food from our local waters. But if you knew Bill Shaver you knew he wasn’t afraid of bucking a trend and his outsized personality was perfectly suited to raising the visibility of his new venture with something zany and memorable.

Shaver resided in Nags Head Woods in what is still a remote area of the Outer Banks. On his large parcel he kept a menagerie of animals—domestic and exotic, including a pig he named Miss Piggy Lou. While it may seem odd that a pig would star in a long running series of cable TV ads that encouraged people to consume her kind, Shaver pulled it off.

The "Pigman Chronicles " Brought to you by OBX.Live is a series of 15, Bill "Pigman" Shaver's, iconic CableTV commercials that first appeared in the early 1990's on the Outer Banks of North Carolina. Stay Tuned for more ...

Over the course of a decade Shaver made Piggy Lou a local celebrity and TV star and during the hours the restaurant was open, she was stationed outside along with other animals from Bill’s collection of critters.

Long before viewing tastes shifted from long form television shows to shorter YouTube style offerings, Shaver built a series of 60 second ads that told a story and endeared viewers. Piggy Lou was usually front and center along with Bill himself. And pretty girls were almost always featured as supporting cast when Shaver and Piggy Lou did their TV thing.

Some of the ads were even episodic—many long term residents and visitors will remember a series of ads where Shaver and Piggy Lou were kidnapped by evil doers seeking the Pigman’s secret recipes—and one had to watch the entire series of commercials to see how the storyline played out.

OBX.Live’s Rex Peters uncovered a cache of these old ads and wanted to showcase them along with an interview with the current owners of Pigman’s—Robert Bruce and Top Palmer.

We stopped by Pigman’s to ask Palmer and Bruce what they thought of the old ads, how they transitioned and handled customer’s expectations once Shaver retired as well as what elements of the ‘old’ Pigman’s they retained and the newer aspects the young owners have added as Pigman’s enters its fourth decade serving locals and visitors.

Although Bruce and Palmer are a generation removed from Shaver the two owners reveal they hold the old ads and the image Shaver created in high esteem. For years they played loops of the videos in the store. The recipes have remained the same for the BBQ as has the homey, welcoming interior of Pigman’s, where one can experience the look and feel of a rural Southern BBQ joint that continues to thrive along North Carolina’s rural country roads.

Bruce and Palmer have also added some new items, taking note of diner’s preferences for healthier fare. Tuna and Turkey ‘Q’ along with veggies such as collards have been added to the menu. Pigman’s now offers catering services and can serve small groups such as business meetings or larger civic gatherings and weddings.

While Piggy Lou found her way to a Virginia farm when Shaver retired and no longer works at the restaurant, long-time patrons know the mainstay items—pork BBQ and Texas-style beef brisket are exactly the same as they were in 1985.

And what about Bo Derek? You’ll have to watch the video to see her role in the Pigman’s saga and you might even see a cameo appearance from Hank William’s, Jr. Or someone who looks a lot like him.

So sit back and relive some of the past from an era where TV commercials were an art form and helped define the local culture that continues to thrive along these shores! And then pay a visit to Pigman’s and experience what has always been the ‘star’ of the show—great BBQ that’s as good today as it was in 1985 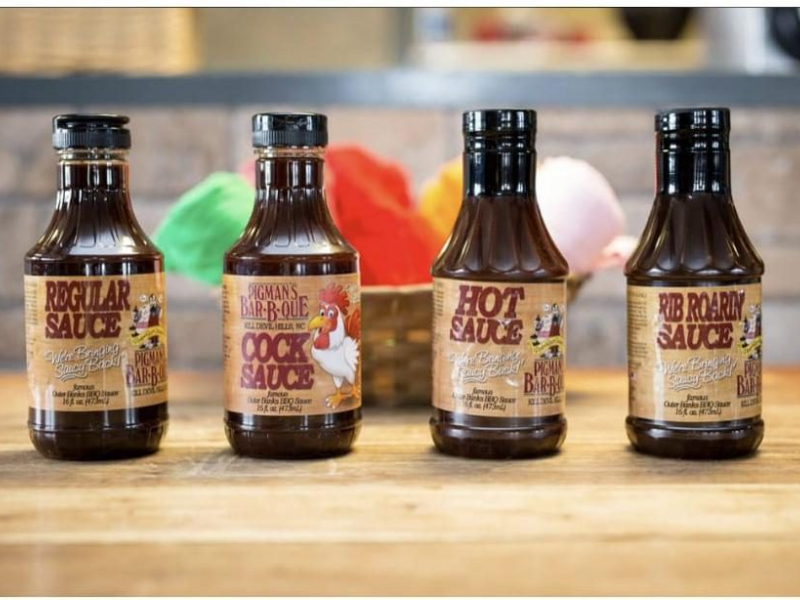 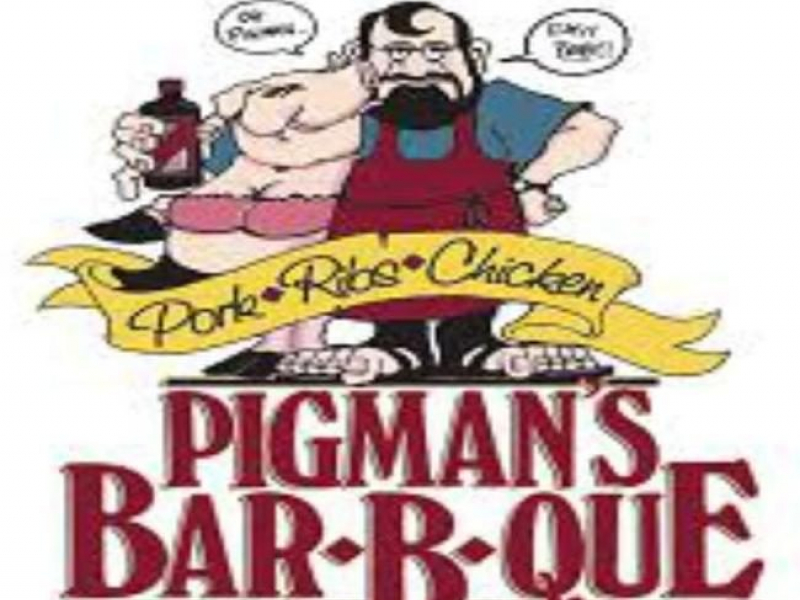 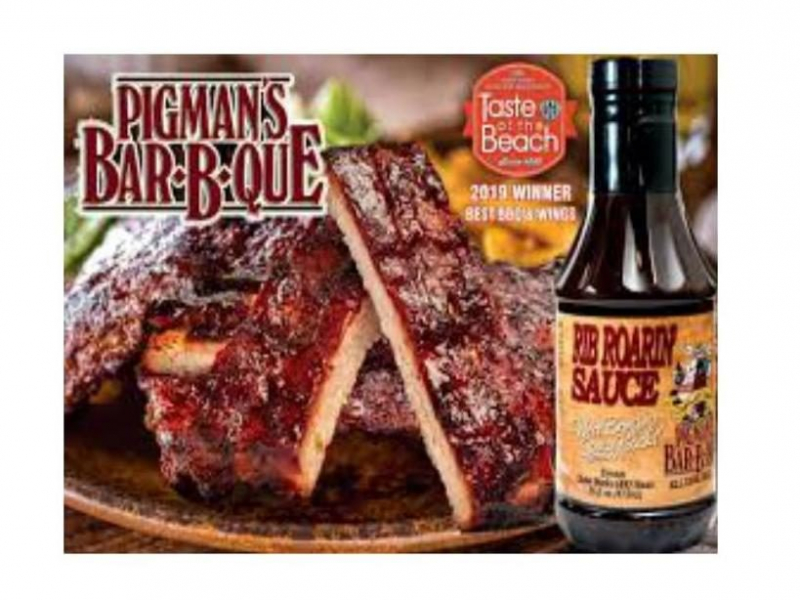 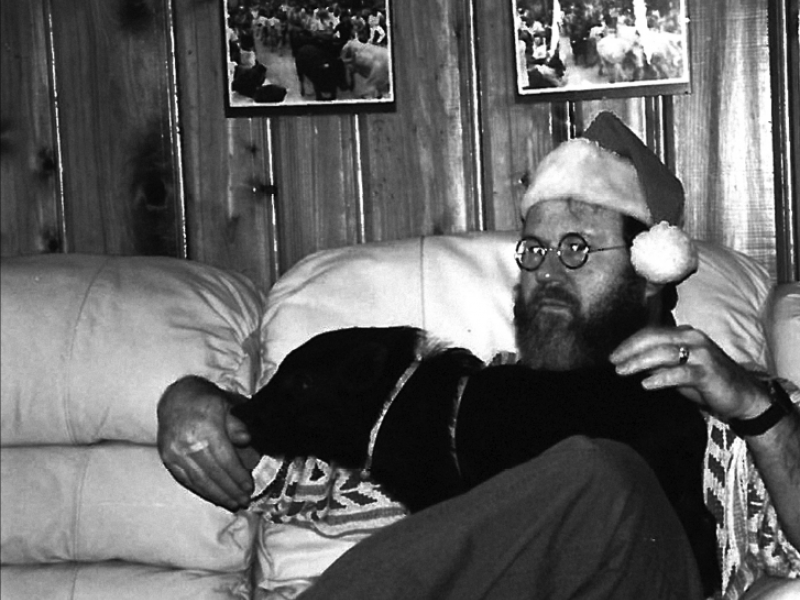 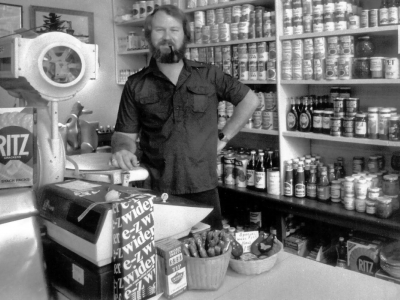 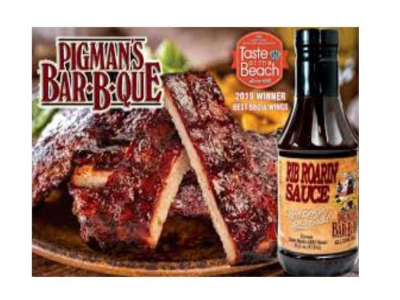 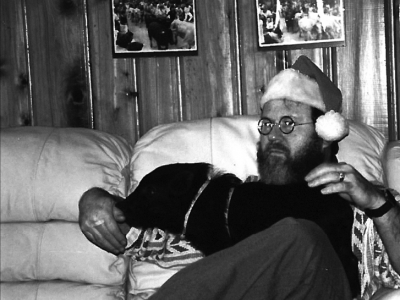 Russ Lay "Buzz Master" A Virginia native and former co-owner of OBX Voice, Russ also is a licensed mortgage broker and teaches political science and international studies a College of The Albemarle. He and his wife, Rose live in Nags Head with two cats.
Entertainment Fun Things to Do OBX Scuttlebutt Reviews