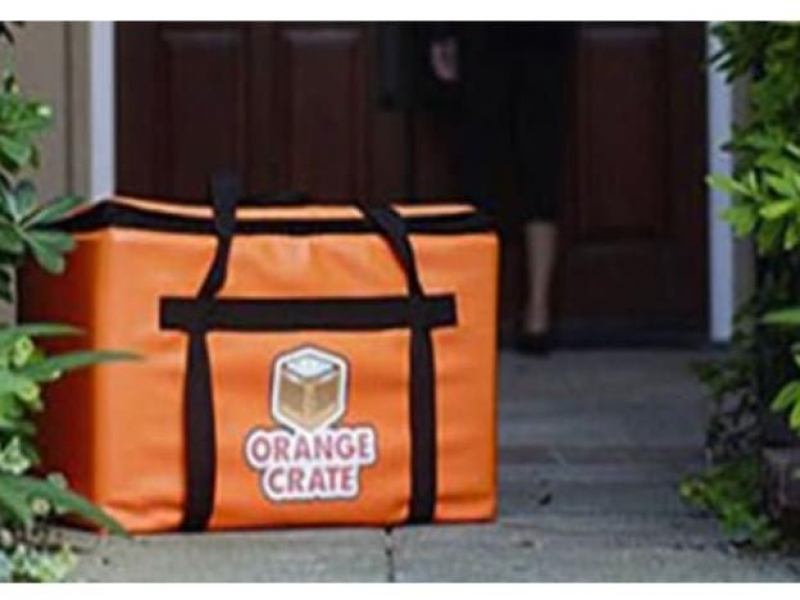 The other day a long-time local mentioned that the Outer Banks runs about five years ‘behind the times’ unless you live on Hatteras Island, in which case it’s more like ten years!

And that might be true—although it’s also true we kind of like it that way! It’s one of the reasons we choose to live here—a slower pace of life and it’s why many visitors come here-- to escape the modern pace of 21st century life.

It does mean many tech-inspired modern conveniences take a little longer to arrive on our shores—be it broadband internet or restaurant delivery services such as Grubub, DoorDash or Uber Eats—all of which have been available in larger cities for several years.

But wait no more—at least along the northern beaches of Dare County.

Lee Owen of Elizabeth City has opened the area’s first national restaurant delivery service outpost on the Outer Banks and he’s already signed closed to 60 local eateries from Duck to Manteo under the OrangeCrate banner.

OrangeCrate was founded in 2015 and currently operates in fourteen states. Unlike other food delivery services, OrangeCrate is not a franchised operation—each OrangeCrate ‘territory’ is locally owned and operated.

Owen opened the region’s first OrangeCrate about two years ago in Elizabeth City, where has virtually all of the city’s restaurants onboard.

He added northern Currituck and Edenton later and on September 14th OrangeCrate came to the Outer Banks, where just under sixty establishments have already joined with him to deliver OBX cuisine to locals and visitors. Until now he has relied upon social media sites such as Facebook and the participating restaurants to spread the word.

Presently, OrangeCrate is operating mostly at dinner time with only a handful of lunch options. The main objective currently for Owen is adding drivers to cover the beach and ensure reasonable delivery times. Owen wants to have enough drivers and business to keep deliveries under an hour in the tourist season and within 30-60 minutes during the rest of the year. Obviously much will also depend upon how quickly restaurants can process orders and have them ready for the drivers—a bit of a challenge with the current COVID crisis.

Of course, OrangeCrate charges a delivery fee and as a rule restricts deliveries to a fifteen-mile radius. To the consumer, that likely means a Duck restaurant won’t be available to a Nags Head customer, but Owen stated restaurants in Kitty Hawk and Southern Shores will delivery to communities across the bridge in Currituck if they fall within the fifteen-mile delivery area.

The fee varies by distance. A quick check of the mobile app as of this writing, with Nags Head as a delivery option revealed fees as low as $1.99 for Jersey Mike’s and Captain Andy’s, $4.00-$5.00 for KDH establishments such as The Kill Devil Grill or Country Deli, around $8.00 for Kitty Hawk locations and as high as $15.00 to $16.00 as one reaches into Southern Shores—meaning one might want to reserve ordering from more distant locations for larger orders—perhaps for a family rather than a single meal.

One major difference between OrangeCrate and competitors such as Uber Eats revolves around the relationship with the establishment. Owen noted that Uber Eats also charges a fee but forces the restaurant to partner with them and absorb that fee. OrangeCrate doesn’t impose that relationship so a restaurant can list with the service doing nothing more than making its menu available and leaving the ‘service fee’ portion between OrangeCrate and its customers.

Owen believes that helps support local restaurants by expanding their reach without digging into their pockets as a mandatory requirement of working with his service and if a restaurant does choose to ‘partner’ in the fee-sharing, whatever the restaurant absorbs comes off the delivery fee OrangeCrate charges to its users. It’s all up to the restaurant.

This is also different model than some of the earlier delivery services that popped up in Dare County over the past few years. In those cases, the service often had no official relationship with the restaurant and in some cases, was not aware the business was taking orders from them and delivering to other consumers.

All restaurants working with OrangeCrate have an agreement, the menu is made available on OrangeCrate’s mobile app and website and orders are placed in that manner. To further cement that relationship, Owen has joined the Outer Banks Restaurant Association.

Wrapping up, Owen mentioned his desire to quickly add reliable drivers, expand into lunch delivery and add more participating restaurants. Off-season ordering will be a key component in OrangeCrate’s success and the continued uncertainty among many diners relative to dining indoors seems make OrangeCrate’s arrival a timely happenstance as cold weather shutters outdoor dining and restaurants and customers look for other options.

One can order from OrangeCrate’s website or their Android and Apple mobile apps. Besides having over sixty restaurants all in one place, the app also uses geolocation to eliminate choices outside of your delivery area as well as ‘greying out’ restaurants that may closed on a particular day or time. No more bouncing around a dozen apps and websites to view menus and determine operating hours.

Speaking of drivers, Owen wanted to remind readers they can inquire by visiting their Facebook page at https://www.facebook.com/orangecrateobx where message and phone options are listed.

If you don’t have the phone app one can also order from the website: https://www.myorangecrate.com/ 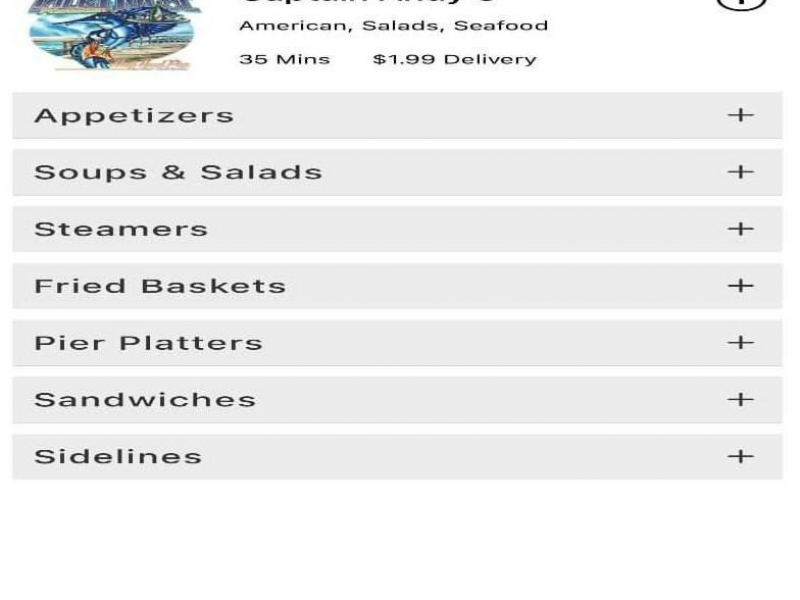 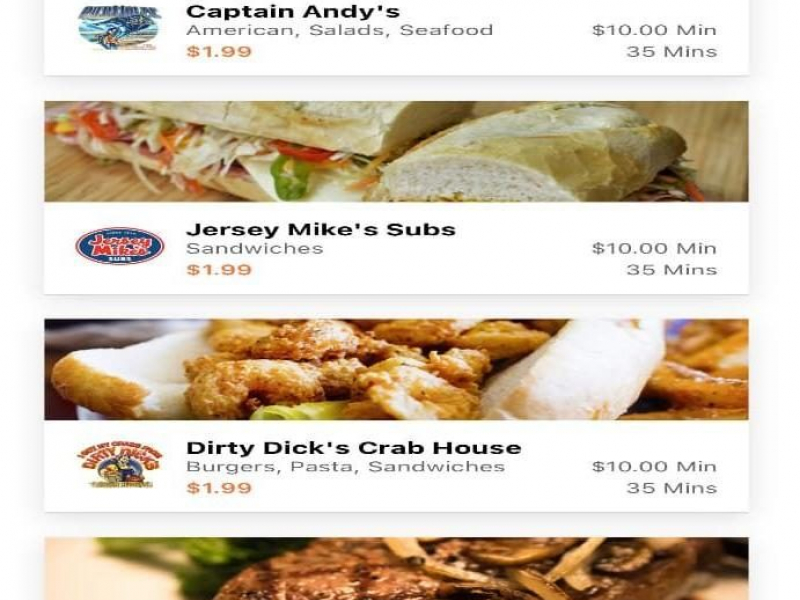 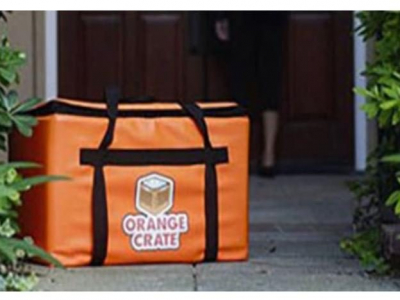 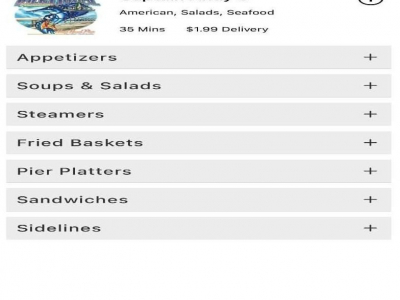 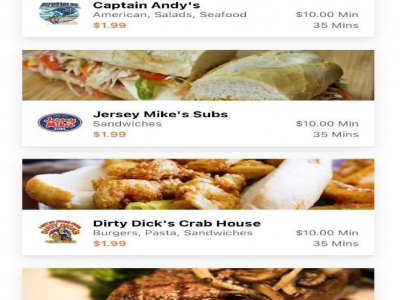 Russ Lay "Buzz Master" A Virginia native and former co-owner of OBX Voice, Russ also is a licensed mortgage broker and teaches political science and international studies a College of The Albemarle. He and his wife, Rose live in Nags Head with two cats.
OBX News OBX Scuttlebutt Reviews Travel