Love Wine? The OBX Has Some Award Winning Choices! 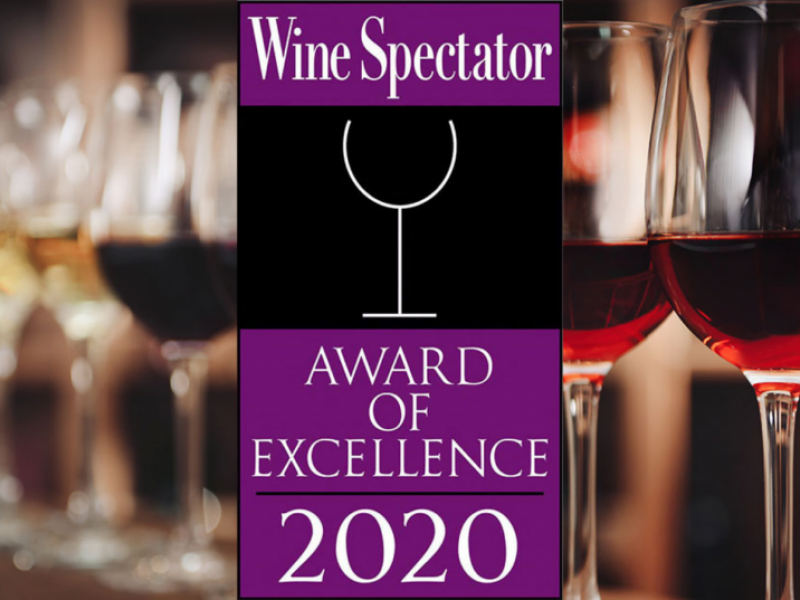 Users of OBX.Live’s mobile app seem to have chosen our Eat & Drink category as one of their favorite sections to locate OBX businesses.

And why not? One of the reasons the Outer Banks is a prime tourist destination is that we’ve managed to combine beautiful beaches with natural wonders, unique shopping opportunities, and restaurants that have won critical acclaim and media coverage nationally and even internationally.
Thus, it stands to reason that Wine Spectator, arguably the premier wine magazine in the country has selected six Outer Banks restaurants for their annual awards program.

The magazine employs three different levels of recognition focused on the breadth of wines offered by the establishment and links the list with how well it complements the menu choices.

In order to be judged and hopefully selected, restaurants must submit both their wine list and their usual dinner menu together for consideration by Wine Spectator’s team of experts.

The three categories of recognition include the Grand Award (100 worldwide winners with wine lists typically exceeding over 1,000 choices), Best of Award of Excellence (1,387 winners with lists offering 350 or more wine selections) and the Award of Excellence, where establishments can offer a list of as few as 90 wines with more emphasis placed on how well those choices pair with the menu selections, particularly thematic styled restaurants (Italian, Asian fusion, etc.). Among all of the world’s restaurants, only 2,289 were recognized in 2020.

It is in the Award of Excellence category where the Outer Banks, home to smaller, more intimate establishments, typically finds its winners and this year was no exception.

A quick rundown of the honorees follows:

We commence our award-winning journey by heading north--- to Corolla, home to La Dolce Vita, an Italian-themed establishment sporting 95 wine selections, with an obvious focus on wines from Italy. This is the second consecutive time La Dolce Vita has been recognized.

Rolling south we come to the Lifesaving Station, part of the Sanderling Resort complex. The restaurant offers 110 wine labels with an inventory of over 2,500 bottles. The wine list looks to California for strength while the cuisine is primarily regional, coastal, and American fare. The Lifesaving Station has been recognized since 2017.

It’s a short walk across Duck Road to the next winner on the list—Kimball’s Kitchen, an American steakhouse that is also located at the Sanderling Resort in Duck. They offer 200 wines with an inventory of 3,000 bottles. Kimball’s Kitchen first appeared in 2003 on the Wine Spectator Grand Award list of winners. California is also the centerpiece of Kimball’s list.

The small community of Duck continues to shine as it boasts a third winner —The Blue Point. Chef Samuel McGann is well-known in these parts so regulars of The Blue Point would not be surprised the establishment has been on the list for three years running-- making its first appearance in 2017. The fare is regional American with seafood an important part of the menu. Their wine list offers 190 selections and an inventory of over 1,500 bottles.

It's a bit of a drive to the fifth winner, but Basnight’s Lone Cedar Café’s appearance shouldn’t surprise anyone. Regional fare that focuses on both seafood and land-based Southern offerings is paired to a wine list featuring over 355 selections from an inventory of 2,860 bottles. Basnight’s has been selected every year since 2010.

To visit the final Outer Banks restaurant recognized by the magazine requires a bit of a trip—namely south through Hatteras Island, a ride on the ferry to Ocracoke Island and then a ride to the island’s namesake village. There you will find The Flying Melon, where French cuisine and seafood combine. A wine list of 120 selections and an inventory of just over 1,000 bottles is surprising for this off-the-beaten path eatery on a remote island with a year-round population of less than 1,000 souls. It’s been a Wine Spectator winner since 2016.

While the extended tourist season in 2020 (a by-product of the COVID crisis that has propelled record numbers of fall tourists to our region) may keep some of these restaurants open deeper into the year, please note that some of these establishments, such as The Flying Melon and La Dolce Vita are not typically open twelve months per year.

If you want to visit a restaurant that earned a Grand Award your best (and closest) choice is the venerable Angus Barn in Raleigh. Raleigh also boasts a number of Best of Award of Excellence and Award of Excellence winners and the latter two categories are also represented in the Hampton Roads area.

To see more information on the OBX winners and as well as other areas of the country (and the world!) visit https://www.winespectator.com/restaurants.

You’ll find menu pricing guides, the names of the chefs, wine list managers and links to the websites.

And don’t forget to download the OBX.Live mobile app at the Android or Apple stores to find more restaurants on the Outer Banks! Restaurants must apply to Wine Spectator to be considered for an award. Some restaurants with excellent wine lists may choose not to enter and the OBX.Live app can help you uncover those hidden gems also! 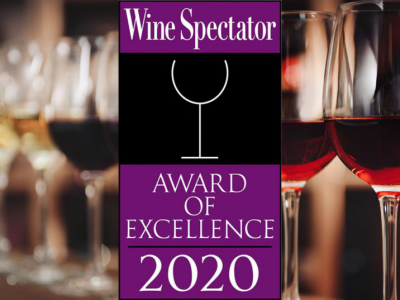 Russ Lay "Buzz Master" A Virginia native and former co-owner of OBX Voice, Russ also is a licensed mortgage broker and teaches political science and international studies a College of The Albemarle. He and his wife, Rose live in Nags Head with two cats.
Entertainment Fun Things to Do OBX Scuttlebutt Reviews Travel