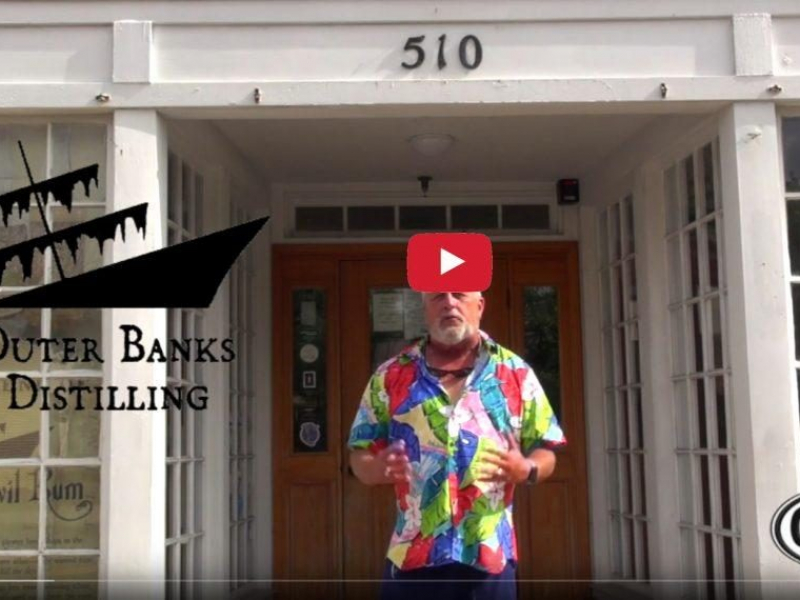 It was the drink of pirates and the greatest pirate of them all—Blackbeard—called the Outer Banks home. In virtually every nation and territory in the Caribbean and Central America local rums are produced and the spiritous liquor stands either alone, or alongside locally brewed lager beer as the ‘national’ drink. When locals leave these parts you often find them flocking to such locales. Face it, we love our beaches!

For others, whether oceanside or poolside,  taking a cruise, visiting anywhere warm, or pulling up a stool at a tiki-themed bar anywhere in the world, rum-based drinks such as pina coladas, daiquiris, Mai Tai’s and hurricanes are likely part of the scenario. And if we can’t be in such an environment we catch ourselves dreaming of such—almost always with a rum drink in one hand. Or both!

And one local municipality— the Town of Kill Devil Hills—counts a link to rum as one of many possible origins of the town’s moniker. The stories tell of a rum either regularly consumed by locals or found washed ashore after a shipwreck that was so foul and weighed it at a high enough proof it’s consumption could “Kill the Devil”.

So, it’s only appropriate that the Outer Bank’s first and only distillery produces only one product—rum and bottles its various versions under one brand name—Kill Devil Rum.

Our video features Scott Smith describing the process by which the rum is made (rum can be made from either sugar cane or molasses) and bottled, a look at the lively bar that was added to the location when a new state law allowed distilleries to operate bars that served only their products, a summary of the three mainstay rums produced here, as well as a preview of the next two limited-edition ‘seasonal’ releases.

In short, the Outer Banks Buzz will take you “From molasses to glasses”—a slogan that appears on the distillery’s swag (which we also preview).

Aargh. Grab a nice rum drink, sit back, and enjoy.

And then add the Outer Banks Distillery to your list of things to do—be ye a local or lad or lassie from parts unknown—and pay a visit. Just don’t drink so much you sprout a ‘grog blossom”, eh?

Point your compass to their website for more information. 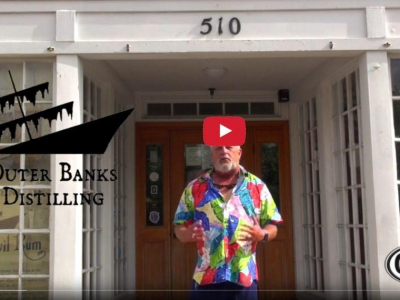 Russ Lay "Buzz Master" A Virginia native and former co-owner of OBX Voice, Russ also is a licensed mortgage broker and teaches political science and international studies a College of The Albemarle. He and his wife, Rose live in Nags Head with two cats.
Entertainment Fun Things to Do OBX History OBX Scuttlebutt Travel